Many solar panels are similar in size and weight, so what makes some so much better quality than others?

Here are 4 things that differentiate solar panels from one another:

In other words:
If you have two solar panels that have a the same wattage output (350w panel vs. 350w panel) the panel with the higher efficiency will wake up earlier in the day, and go to bed later in the evening, thus producing significantly more kilowatt hours (kWh).  Since solar is all about producing kWh to offset electric bills, the better the efficiency rating, the less panels you need to produce the same amount of power. 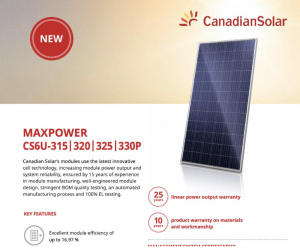 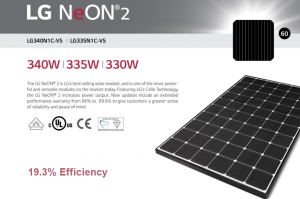 The above describes two panels with the exact same wattage output!  However, their production over time would be VASTLY different.

The difference of 16.7% and 19.3% may seem small, but in the course of 25 years, the LG panel would produce much more power than the CanadianSolar panel… even though they are the same wattage per panel.

1. Lineal Power Output Warranty:
A lineal power output warranty is what most salespeople point to.  It basically says that if over 25 years the panels degrade too quickly, there is a limited warranty to have it replaced.  Most panels do not cover labor, although the higher quality panels typically do.

2. Product Warranty:
This is the more important warranty, as it pertains to the panel actually working for a certain amount of time.  Many panels have a 10, 12, 15, or even 25 year manufacturers warranty.  Your lineal power warranty is virtually worthless if the panel is not working!

Sales point to the lineal warranty and say “It’s covered for 25 years,” which couldn’t be farther from the truth!  The most important warranty is the product warranty!

What is solar panel degradation? 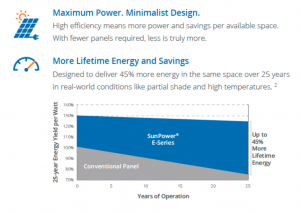 In contrast, Sunpower Panels come with a degradation guarantee of no more than 0.25%, which means you will be getting 92% of the power on year 25.

If you take the degradation and efficiency ratings from a higher quality panel, and compare them to a lower quality panel, the better panel can produce 25% MORE kWH over a 25 year period.  This does not take into account inverters or other system component quality, which can push that to over 45% 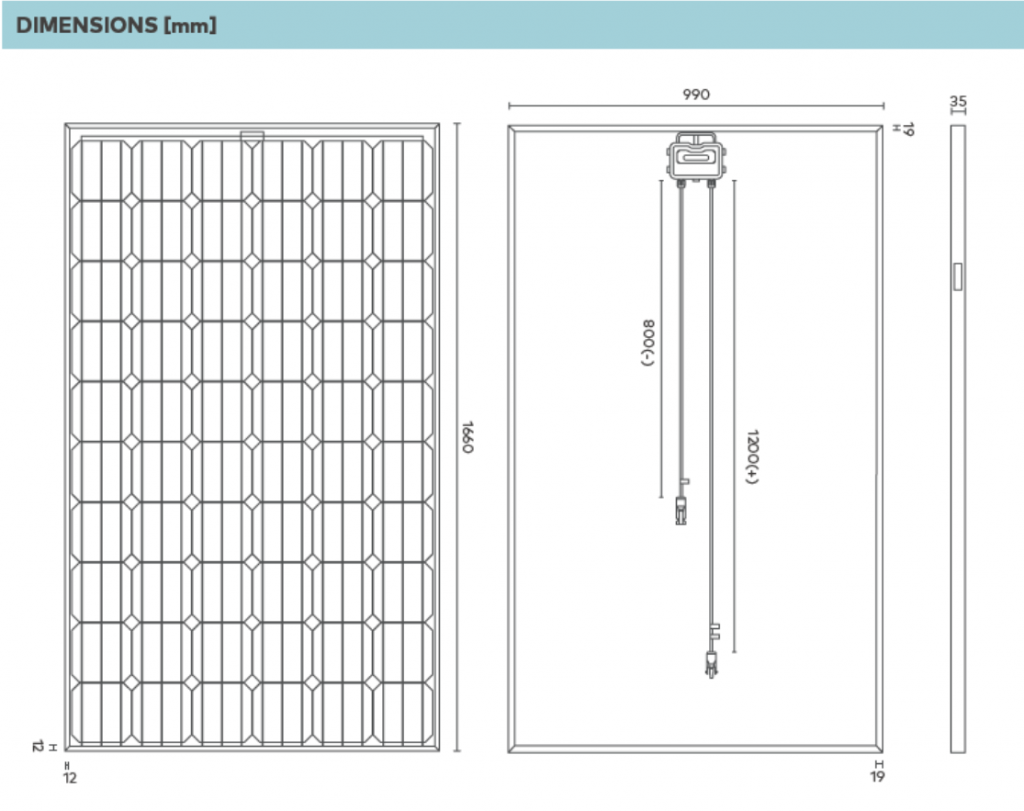 Most solar panels you will see are called “60-cell” and are close to the same size.  Some panels simply add cells to be larger, like a 72 panels cell.  Most of what you will see in residential solar is 60-cell.

As a rule of thumb, if you purchase a  panel that produces less than 350w, it should much cheaper than a panel producing more than 350w.  All panels producing 400w or higher (that we know of) are physically larger than those producing 280-350w.

If you are constrained for space, a higher wattage panel will make more sense for you.  If you have a lot of space on your roof, you can save a little money by going with a panel that puts out lower wattage per panel.

Weight:  The average panel weighs around 40lbs.  On your roof, that is not much weight spread out amongst 15+ square feet.

At Heliogold, we proudly use SunPower solar energy solutions that are designed for efficient energy generation and optimal use. Unlike conventional solar providers, our SunPower systems are the most efficient on the planet, degrade the slowest and come with an industry leading 25 year Complete Confidence Warranty all backed by SunPower.