Solar Energy Usage is becoming more popular than one might think. In fact, there are over one trillion watts of solar installed globally – enough to power all of Europe. This increase in popularity is due to the many benefits that solar offers, including reducing greenhouse gas emissions, saving money on energy bills, and providing a clean and renewable source of energy. Solar panel installation is a great way to reduce your carbon footprint and make a positive impact on the environment.

The world has now reached a huge milestone in solar panel usage- there are now enough installed to generate 1 TW of electricity from the sun.

The solar capacity we have now is enough to meet the electricity demands of nearly every country in Europe combined. However, because of limitations on distribution and storage, it’s still only a small fraction of the global energy supply.

During the early spring of this year, the world’s solar capacity officially surpassed 1TW according to calculations done by the photovoltaics publication “PV Magazine.” With this news, we can now “officially start measuring solar capacity in terawatts”.

In Spain, which has an annual 3,000 hours of sunshine, this would be the equivalent to 3,000TW-hours. Out of all the electricity consumed by major countries in Europe, this waste combined would amount to 3,050TWh– just under the total. The current percentage of solar-powered electricity in the European Union is at a low 3.6 percent while UK manages 4.1 percent .

For the United States, speculated U.S. solar photovoltaic potential is 115 TW, which includes 1 TW on buildings, 27 TW on agricultural land, 2 TW for brownfields, and 2 additional for floating solar arrays according to Energy.gov.

As many who have taken the initiative know that solar is a clean, renewable source of energy that is becoming increasingly popular as the cost of traditional energy sources continues to rise. With government incentives and rebates, solar is a smart investment for both home and business owners.

For home and business owners alike, solar panel installation is a great way to reduce your carbon footprint and make a positive impact on the environment. Solar energy is clean, renewable, and sustainable, making it an excellent choice for those looking to do their part in preserving our planet.

Solar Energy Usage Can Save You Money

Solar power is an investment that will pay off for years to come, both in savings and in environmental protection. The math isn’t as complicated as one would think and we can easily demonstrate the long-term savings of solar. Solar is free once you’ve installed the panels and offers a return on investment (ROI) that is higher than most other investments.

On a more local scale, Heliogold Solar is ready to help homeowners convert their power consumption to an eco-friendly, power-saving, solution that pays off greatly.  We service the greater southern California area and are currently expanding into other addressable markets where home ownership is becoming more expensive day by day.

If you’re considering solar panel installation for your home or business, contact us today and one of our service representatives in your area will make the adequate time to help you learn more about your options. 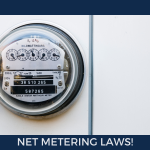 What California Home Owners Should Know About Solar and Net Metering

4 Benefits of Installing Solar Panels For Your Home 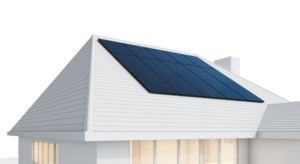