What California Home Owners Should Know About Solar and Net Metering 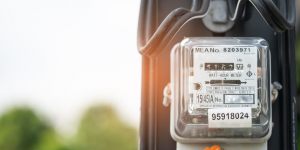 Getting solar power for your home in California may seem like a dream come true, but if you don’t have all the facts you could be making the wrong choice. Read on to learn about the different aspects of solar power and net metering, including Grid participation fees, Export credits, and Community Solar.

AB 2316, a bill passed by the California legislature in 2016, requires large utilities to establish community solar programs. The bill also provides $1 billion in funding for the Clean Energy Reliability Investment Plan. The California Energy Commission will decide how to spend this money. The bill also sets a goal of installing 10 gigawatts of solar by 2030. Community solar programs are designed to save consumers money. These programs vary in their structure, billing, and eligibility requirements. In addition, these programs offer a pathway to renters and people who cannot install solar panels on their property. Community solar projects are typically owned by nonprofits or special-purpose entities. These organizations can take advantage of state tax incentives. They can also use group billing or joint ownership. These programs must credit the energy generated by a community solar system to its owners. The projects can use a value of solar tariffs, or they can use a common approach known as virtual net metering.

Those who have solar panels installed are eligible for a net metering program. This means that they receive credit on their electric bill for any extra energy produced by their solar panels. These credits can be used to reduce energy costs over time. In addition, those who participate in the program are allowed to use the energy they produce during times of low production. The California Public Utilities Commission is in the process of revising its Net Energy Metering policy. It is expected to finalize a new policy over the next year. The changes could reduce the value of credits for solar production by up to 75 percent. In addition, new fees and one-time charges could be added. The new policy, which is called Net Metering 3.0, is expected to be in place by April 14, 2023. The new policy will set a new standard that will reduce the value of credits granted for excess production. It will also reset the credit balances monthly. This could add another $10 to $20 per month in fixed charges. The new policy also could add a “grid benefits charge,” which would be charged regardless of the amount of production.

Currently, California’s net metering policy allows solar homeowners to export excess power to the grid and earn credit for it. This allows them to lower their future utility bills. It also reduces their environmental impact. In addition, it creates jobs in the solar supply chain. It has become an extremely successful program in California, which has seen 13 GW of solar energy added to the grid. However, the California Public Utilities Commission is considering a new approach to net metering. The decision could change the way solar projects are built in California. The new approach would change the way solar is credited and would drastically reduce the value of exported solar energy. This would have a significant effect on the solar industry in California and on anyone who installs solar panels on their home. The CPUC proposal would reduce the average export rate for solar in California from $0.30 per kilowatt to $0.08 per kilowatt. This would be a reduction of 75 percent.

Those who own solar panels in California are not pleased with the new California Public Utilities Commission’s proposed rules for net energy metering. Under the new rules, they would be required to pay a new “Grid Participation Charge” of $8 per kilowatt of installed solar capacity each month. This is one of the highest fees in the country. The new rules would also affect customers of PG&E and SCE, as well as “community choice” agencies. These agencies operate on Edison’s poles and wires and rely on the grid to power their customers’ homes. Solar advocates argue that the new rules are illegal because they discriminate against energy. This is a violation of federal law. They also say that the new rules are a slap in the face for those who are low-income. Under the new rules, people with low incomes would only receive half of the benefits offered by the NEM. In addition to the Grid Participation Charge, the new rules would require customer-generators with systems of more than 1 MW to pay a pre-approved one-time interconnection fee of $800. The new rules also require customer-generators to pay non-bypassable charges for important programs. For example, these charges help fund programs for low-income customers.
FacebookTwitterLinkedIn 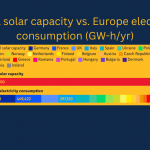 4 Benefits of Installing Solar Panels For Your Home 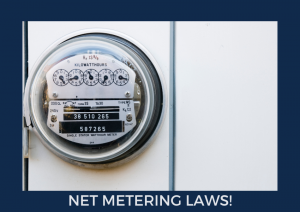